On 15 October 2018, Mekong Migration Network (MMN) and the International Labour Organisation (ILO) jointly organised the Consultation on Labour Migration from Myanmar to Japan at the Sedona Hotel in Yangon, Myanmar. The consultation was held at a time when anticipation was growing with regards to Japan amending its migration policy to receive increased numbers of migrants and possibly under a different scheme. Early 2018, the Japanese government announced their intention to recruit upwards 500,000 foreign workers by 2025 to fill gaps in the country’s labour market and to open a new pathway to migrants. Myanmar is considered by Japan to be a key source of migrant workers. In April 2018, Japan and Myanmar signed a Memorandum of Cooperation (MOC) on the Technical Intern Training Program (TITP) to set the commitments and responsibilities of both countries in the sending and accepting of technical intern trainees.

Given this background, MMN and ILO held the consultation meeting with the aims to better understand the challenges and opportunities in the migration procedures from Myanmar to Japan and to jointly explore interventions and strategies to increase the efficiency and safety of the migration routes. Over 40 participants attended the event, including representatives from the Ministry of Labour, Immigration, and Population (MOLIP), the Myanmar Overseas Employment Agencies’ Federation (MOEAF), overseas recruitment agencies, and civil society organisations, the labour attaché from the Embassy of Japan in Myanmar, experts on Japanese migration, and migrant returnees.

In the first plenary entitled, “The Recruitment and Deployment of Myanmar Workers to Japan: Policies and Trends”, Ms. Khin Cho Win, the Assistant Director of the Department of Labour from the MOLIP, reported that 60 of the 259 licensed private recruitment agencies have been sending workers to various sectors including seafood processing, construction, agriculture, garment and welding since the signing of the MOC. Mr. Win Htun, the Vice Chairperson of the MOEAF, then outlined the procedures for the recruitment of Myanmar workers to Japan, which can take up to three to four months to complete. In the ensuing open discussion, concerns were shared regarding the causes for migrants to leave their posts in Japan without properly terminating their contracts. Mr. Asato Wako, Associate Professor from Kyoto University, suggested that poor labour conditions in Japan remain the key reasons for migrants to leave their jobs and should be addressed as the foremost issue.

In the second plenary titled “The Employment of Myanmar Workers in Japan: Policies and Trend”, Mr. Yuta Isozaki, Labour Attaché from the Embassy of Japan in Myanmar, discussed Japan’s growing need for migrant workers and the newly introduced TITP law in November 2017 that offers more protection to migrant workers in Japan. The Japanese government also plans to recruit migrant workers through an alternative pathway to the TITP. Professor Asato explained that the new TITP law in 2017 has increased enforcement power, but continues to leave several issues unaddressed. These include the high rate of Myanmar migrants leaving their posts without terminating their contracts and the lack of a mechanism to prevent involuntary repatriation imposed by employers. Professor Asato also questioned whether the TITP can really achieve its stated objectives of “transfer[ring] technical skills, techniques and knowledge to Myanmar” and “contribut[ing] to the human resource development of Myanmar”. He doubted that all migrants can gain skills useful enough to utilise in their country of origin. In the discussion that followed, participants pointed out the need for accrediting workers’ skills both in Myanmar and Japan.

In the third plenary, Ms. Kyawt Kyawt Aung and Ms. Thiri Tun, migrant returnees from Japan, shared the problems they faced while working in Japan. When their labour rights have been violated, they found it difficult to hold their employer in Japan and sending organisation in Myanmar accountable despite their numerous efforts to contact authorities. They urged the MOLIP to play a more active role in providing support to migrants on site as well as upon return.

After the plenaries, participants explored the opportunities and challenges involved in the migration to Japan from the perspectives of migrant workers, the government and private recruitment agencies. Based on the results of the discussion, participants came up with several recommendations concerning the roles of the country of origin (Myanmar) and destination (Japan), the facilitation of dialogue among different stakeholders in Myanmar and Japan, the development of sound remittance systems, and the strengthening of overseas support for migrants and assistance for return and reintegration. 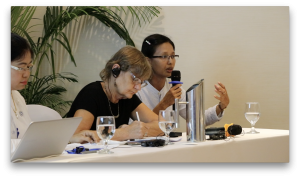 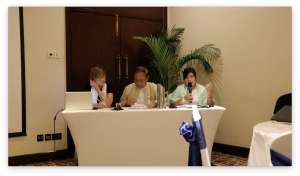 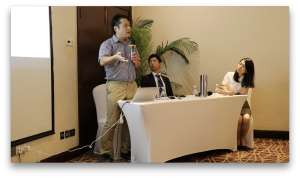 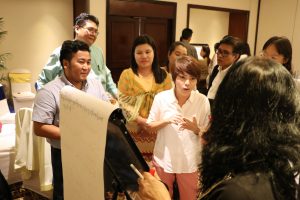 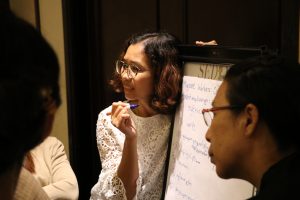 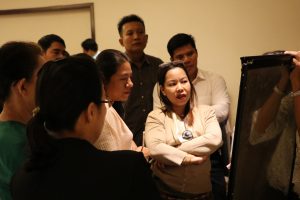