THE PRECARIOUS STATUS OF MIGRANTS IN THAILAND:

Reflections on the Exodus of Cambodian Migrants and Lessons Learnt

On 9 December 2014, the Mekong Migration Network (MMN) launched the report “The Precarious Status of Migrants in Thailand: Reflections on the Exodus of Cambodian Migrants and Lessons Learnt.” The launch was attended by 45 people, including the representatives of the Cambodian government, Civil Society Organisations, International NGOs and members of the media.

The launch was started with welcome remarks made by Ms Pok Panhavichetre, Executive Director of the Cambodian Women Crisis Centre (CWCC). Ms Pok as well as the Master of Ceremony, Mr Sokchar Mom of the Legal Support for Children and Women (LSCW), and Ms Reiko Harima, the Regional Coordinator of the Mekong Migration Network, first introduced the background of the research.  They explained that beginning in June 2014, Thailand witnessed the departure of huge numbers of Cambodian migrant workers who were deported or left voluntarily in fear of government crackdowns. In anticipation of an eventual return of these migrants back to Thailand, and hoping that they would do so through a formal channel, both Thailand and Cambodia swiftly introduced a number of policy reforms to make legal migration channels more accessible. MMN and its partner organisations believed it was critical to ensure that these rapidly developing responses reflected the voices of migrants and their families, and decided to conduct a series of interviews for this purpose. Interviews were carried out by the Cambodian Women’s Crisis Center (CWCC), Legal Support for Children and Women (LSCW), Cambodian Women for Peace and Development (CWPD), and Cambodia Human Rights and Development Association (ADHOC), in Banteay Meachey, Prey Veng, Kampong Cham, and Kandal provinces.

Ms Omsin Boonlert, Research and Advocacy Officer of the MMN, and Mr Sopheap Suong, Poi Pet Program Manager of the CWCC, presented the highlights of the research findings. They noted that Cambodian migrants’ top two concerns while migrating are the cost and the legality or otherwise of their actions.

“Previously, I could not afford to pay the registration fees, but I thought being undocumented would not really affect my life in Thailand. However, I just realized that if I am not registered, the army will arrest us.” (Cambodian migrant man in his 20s, who used to be employed in construction work in Sa Kaeo Province. Interviewed in Cha Cheng Sao Province on 18 August 2014)

Migrants’ willingness to migrate through legal channels in fact appears to have grown stronger since the exodus. However, many face significant financial obstacles in doing so, and the issue is exacerbated by the fact that many migrants are receiving below the minimum wage.

At the launch, the guest speaker, her Honourable Excellency Ms Chou Bun Eng, Secretary of State, Ministry of Interior, Royal Government of Cambodia, stated that migration governance needs to be framed in a broader development context, including human resource development. For example, there may be employment opportunities within the country, but people cannot benefit from them without the education and skills required to do these jobs. She expressed her wish that this gap be reduced so that people have the option of either working in Cambodia or migrating abroad. She also expressed her appreciation for the MMN report, mentioning that the MMN report is unique in comparison to other studies on the issue, particularly in regards to its focus on policy updates and migrants’ perspectives on migration mechanisms. As such, it is a useful reference for policy makers.

Mr. Choub Narath, Deputy Director General, Department of Employment and Manpower, Ministry of Labour, Royal Government of Cambodia also provided updates on the Cambodian government policies on labour migration and its efforts in registering its nationals working in Thailand. Mr Choub Narath commented on the difficulty of anticipating the migration policies of Thailand in the longer term, which in turn makes it challenging for the Cambodian government to plan for outgoing migration on a long term basis.

Finally, Ms. Reiko Harima shared MMN’s reflections on the situation. She said that the incident was a stark reminder that migrant workers are the backbone of Thailand’s economy. However, despite longstanding dependence on migrant labour in many industries, migration policies in Thailand continue to fail to provide a long term and sustainable response to the millions of migrant workers in the country. She also noted the lack of confidence among migrants in law enforcement institutions as a result of the authorities’ emphasis on controlling the migration population while doing little to protect them. She said that if efforts to promote legal migration channels are to be successful, it is important that all stakeholders work towards restoring migrants’ trust in the authorities, as only then will government efforts be supported by the migrant workers themselves.

The full report is available on the MMN Webpage at: 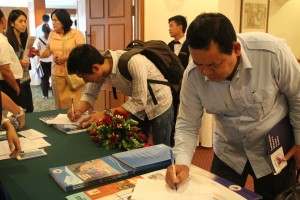 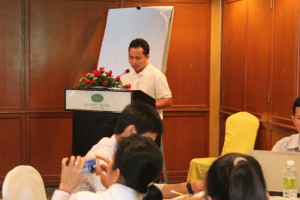 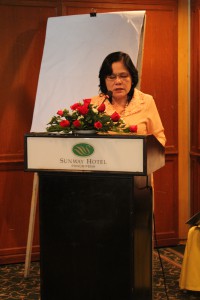 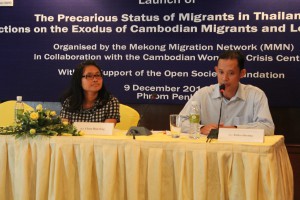 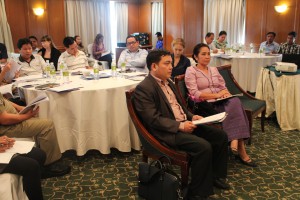 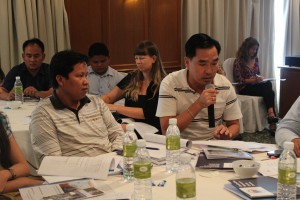 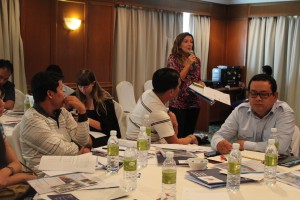 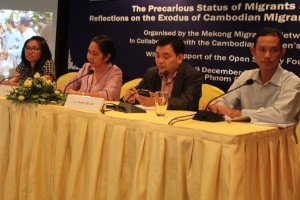 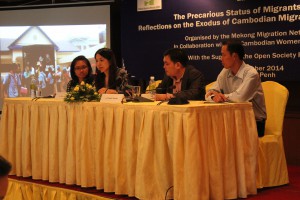