In marking the 25th Anniversary of the adoption of the UN Convention on the Protection of the Rights of All Migrant Workers and Members of their Families (ACRMW), the Migrants Day Fair 2015 was organised at the Free Funeral Service Society (FFSS), Yangon, Myanmar on 20th December 2015 by Myanmar Civio Society Organisations (CSO) and Labour Organisations (LO) Network for Migrants, of which Mekong Migration Network (MMN) is a founding member.[1]

The organization of the Migrants Day Fair was made possible with the financial support of International Labour Organization (ILO) Myanmar, MMN and United Against Child Trafficking (United ACT).

Recognizing that few of us today can find work close to our homes and thus most of us have to migrate for our livelihood at some time in our lives, the theme ‘WE ARE ALL MIGRANTS” was chosen for this year’s Migrants Day Fair.

The event was attended by Ms. Piyamal Pichaiwongse, Liaison Officer of ILO Myanmar, representatives from civil society organizations and labour organisations working on various issues in Myanmar, including migration, labour rights, women’s rights and anti-child trafficking issues, media, and over 500 workers who are working at the factories in industrial zones around Yangon area.

The statement for International Migrants Day[2] issued on 18 December 2015 by Myanmar CSO and LO Network for Migrants together with Internal Labour Migration Survey Civil Society Network was read out by a network member, which reiterated that the Myanmar government should protect and promote the rights of its nationals working inside the country and overseas and their family members.

During the event, the ILO Myanmar launched the internal migration study report entitled ‘Internal Labour Migration in Myanmar: Building an evidence-base on patterns in migration, human trafficking and forced labour’. The newly launched report was the first report under the current Myanmar government, aiming to fill an information gap to assist all actors in understanding the internal labour migration in Myanmar.

The report launch was followed by a group performance of the United ACT, which portrayed why many children in Myanmar have to migrate, how they migrate, and the challenges they face during transit and in destination countries, such as human trafficking and forced labour in particular.

Activities included fun and exciting games, Q & A section testing the participants’ knowledge on migration and the main destination countries, e.g. Thailand and Malaysia, Migrant Resource Corner where publications, safe migration materials, anti-trafficking posters and other relevant materials were displayed and distributed to the participants. Given the fact that many internal migrant workers often end up migrating to other countries (such as Thailand, Malaysia and China) due to the low wage they receive in the country, the materials distributed at the event will help them to be better informed before they decide to migrate or before they migrate overseas.

Member list of Myanmar CSO and LO Network for Migrants

We, the Myanmar CS0 and LO Network for Migrants together with Internal Labour Migration Survey Civil Society Network would like to celebrate International Migrants Day under the banner that “We are all migrants.” For international migrants, this year is particularly significant as it marks 25yrs since the International Convention on the Protection of the Rights of All Migrant Workers and Members of their Families (ICMW) was adopted in December 18th 1990.

Many families in Myanmar survive thanks to migration, choosing to send some members of the family to migrate for their livelihood, internally, cross border or overseas. We are all affected by migration, we are all migrants.

We recognize and celebrate migrants’ contribution to the development of the source communities and destination communities, in Myanmar and abroad.

On the 25th Anniversary of the Convention our networks would like to make the following recommendations to the Government of the Union of Myanmar:

Protecting and promoting the rights of migrant workers can contribute to the sustainable development of our country and ensure that migrants live in dignity. Therefore we, who are all migrants, sincerely request the implementation of the above recommendations.

[1] Please see a full member list of Myanmar CSO and LO Network for Migrants in Annex 1. 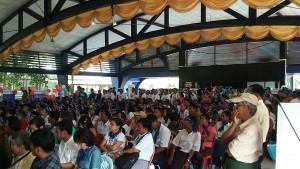 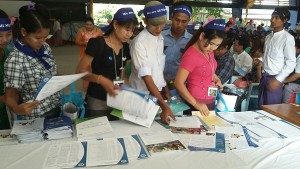 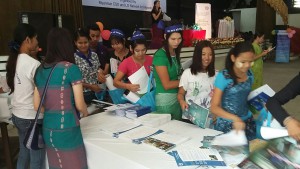 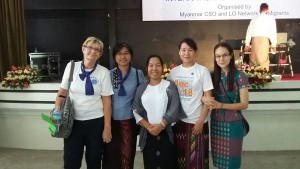 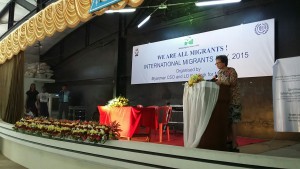 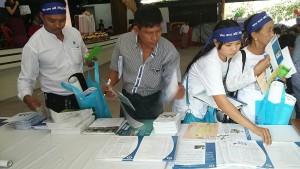 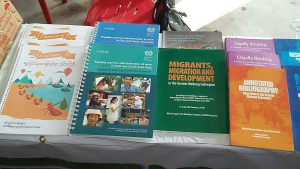 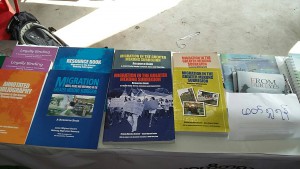 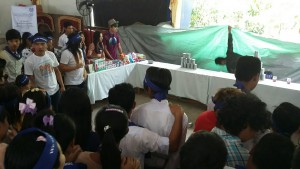 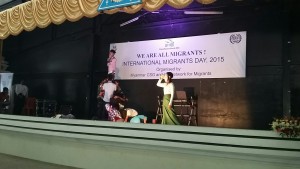